Wednesday 3/2: Nothing at Cookson, maybe 2 GW Teal along the river, Turkey Vulture (finally) on the way home.

Friday 3/4: Nothing at Nine Acre or School St.

Saturday 3/5: Usual at Hanscom, wish the likely bunting flock was a bit more cooperative. Wood Ducks were in at Great Meadows, as were Fish Crow (one at Gaining Ground too).

Sunday 3/6: Waited out the fog for a bit then worked the river in Wayland and Sudbury. Merlin on Pelham Island Rd but no ducks. Heard was still fogged in, no Rough-leg along Landham. Side trip to Hagar didn’t have anything but I didn’t get out of the car to look around the snow banks. Water Row in Wayland had Ring-necks. Old 27 bridge had a teal and the usual ducks. The Sudbury Water Row viewpoint had more teal, a goldeneye, and not much else. Turkey Vulture over Nine Acre and lots of Canada Geese. Had time for School St. No meadowlark but 40 Horned Larks finally got me to 100 on the year and a good time catching up with Will. That turned out to be very good as 2 Black Vultures were over Rt. 2 on the way home! Local 2 Town #303! Apparently a bit  of a movement today as others had at Minuteman and then at School St later. Checked the res hoping they drifted that way but no luck and fewer birds considering much more was open.

Monday 3/7: Headed to the Mystic Lakes to try for Great Cormorant and Red-throated Loon. Started at the lower end where there were 3 Red-breasted Mergansers and the loon was visible but distant. Wasn’t finding much on land but came up with a Fox Sparrow and 2 GC Kinglets on the way back to the car. Drove up to the dam where the cormorant was posing on the docks and an eagle flew in. Debated a further scan or a run to Spy Pond when I noticed something bright white so got the scope out. Two scaup, but sleeping so ID pending someone else getting a view (seems to be Greater, but still waiting). Luckily Renee stopped by so she got those and I was able to tell her about the sparrow.

Tuesday 3/8: Nothing much at Arlington Res, lots of Ring-necks and Bufflehead, a few Killdeer, a Turkey Vulture about it.

Wednesday 2/23: Killdeer at Dunback and finally caught up with the phoebe at Upper Vine Brook. February was the last month I needed for that, so 79 now in all months in MA I believe. Afternoon check of the res had goldeneye, Ring-necks, 2 eagles, and a nice chat with Simon.

Thursday 2/24: Winter Wren and a deer were about it at BBN.

Saturday 2/26: Riverwalk to Moody had the usual and nothing else.

Sunday 2/27: Same at Earhart, the usual stuff, no loons or scaup or anything else.

Monday 2/28: Handful of waxwings was about it at Falzone.

Tuesday 3/1: Had to run to Boston, got a few minutes in the Fenway area without much of note.

Wednesday 2/16: Did most of Dunback without seeing much but then had one of the Yellow-rumps, a few bluebirds, 2 cowbirds, and a Rusty all on the way out.

Friday 2/18: Too nasty in the morning. Quick check of the res midafternoon had 1 Hoodie.

Saturday 2/19: Started at Heard. Beaver was active in the river, eagle over, FOY valley cowbird about it. No birds at the swamp. GW Teal and a bunch of Ring-necks on Water Row, Wayland side. Goldeneye on the Sudbury side were apparently a new bird for me in Sudbury, bringing up the 150. Nine Acre had nothing exciting, looped a few other spots without anything either. 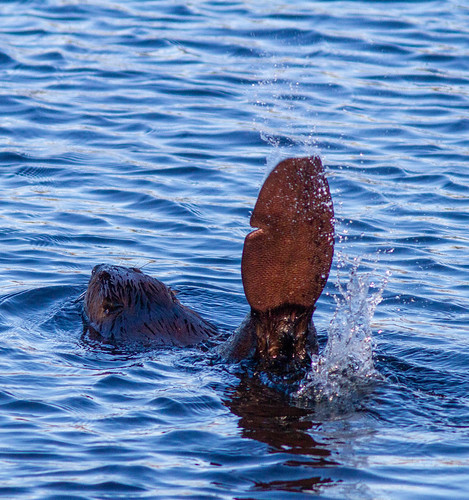 Sunday 2/20: Attempted to find a few February birds. Started at Millennium where I had the 4 White-crowns. Big flock of waxwings was about it. Continued to Franklin Park and Franklin Field but no obvious Snow Goose. McLaughlin Woods didn’t have the Wilson’s Warbler. Usual stuff Norumbega area.

Monday 2/21: Horn Pond had 2 Barred Owl, a Wood Duck, a Fox Sparrow, a Fish Crow, and the usual coots (no pintail though). Sandy Beach and the lakes had the usual. Nothing at Spy, Blair, and Clay Pit Ponds.

Tuesday 2/22: Heard at least 2 of Paul’s Virginia Rails at Flowed Meadow. No Sora though. Usual ducks on the river, nothing exciting elsewhere on land.

Wednesday 2/9: Umbrello was unplowed (I think) so Lindentree it was. Couple ravens, lots of bluebirds, couple Red-wings about it. Doubled back on the way home to find a perfect snow owl at the compost dump.

Thursday 2/10: Grackle over the yard in the morning. Another at Fresh Pond but not much else there.

Friday 2/11: Red-shoulder at Kaveski (plus finally a commute Cooper’s) and then a Chipping Sparrow back at the car at Brooks Village.

Saturday 2/12: Finally did the Scituate-Cohasset loop I’ve been intending since the 1st of the year. Lighthouse was windy and not super birdy, Great Cormorant and Dunlin the most interesting. Musquashicut Pond had expected ducks. Little Harbor had a harrier and finally a Great Cormorant for Norfolk (didn’t scope so no Harlequin/Purple Sandpiper). Couldn’t find my way around Hull, so went to Nut Island which was quiet. Quick check of the Norumbega area on the way back had nothing. Res and Hardy were still frozen.

Tuesday 2/15: Tons of geese along the river in Watertown, quite a few Bufflehead, a Ring-neck, and that was about it.

Thursday 2/3: Nothing unusual at Forest Grove. Kinglet was back in the yard.

Sunday 2/6: Decided not to chase the Golden Eagle (good choice) and go to Belle Isle and vicinity instead. Belle Isle gate wasn’t open so went to the greenway/cemetery instead. More or less quiet. Winthrop Beach next had the usual sea ducks and stuff, most of which I still needed for the year. No luck with any buntings or larks though. Draw Seven on the way home had the usual ducks (including the Greater Scaup) and 2 eagles.

Monday 2/7: GW Teal, few Red-wings, creeper about the most interesting at Alewife.

Tuesday 2/8: Same ducks along the river (a few more Bufflehead) plus a Peregrine.

Thursday 1/27: Usual ducks along the river.

Friday 1/28: Got the Virginia Rails at Great Meadows for the ‘commute’ plus a Marsh Wren but no Sora and barely anything along the river.

Saturday 1/29: Sparrows, cardinals, and a jay were it in the blizzard.

Sunday 1/30: Eagle over Smith and Trapelo about it.

Monday 1/31: Goldeneye joined the ducks along the river.

Tuesday 2/1: Rails cooperated for a February bird but no luck with the wren or Field Sparrow (or much else).

Wednesday 1/19: Wasn’t great out and I wasn’t feeling great, so just a midday res run. One eagle, one Red-tail, a couple gulls and that was it.

Thursday 1/20: Peregrine at Moody St but nothing interesting among the waterfowl. Nothing much further up the river either.

Friday 1/21: Got the Yellow-rump at Dunback but nothing much else.

Saturday 1/22: Quick check of Draw Seven had nothing. Gull show was quite nice at Revere Beach, 3+ Lessers, 3+ Iceland, Glaucous among 10000 Herring. Wish it was a bit warmer though.

Sunday 1/23: Buzzed Wayland (mostly). Lots of Black Ducks but nothing rarer on Pelham Island Rd. No Rough-leg on Landham Rd. Gardens had a Savannah Sparrow plus an eagle and a bunch of ducks on the river. Not much on the Old Rt. 27 bridge. Sedge Meadow had a Fox Sparrow.

Monday 1/24: No Rough-leg or shrike or much of anything at Hanscom. Actually had more in the hundred yards along the edge of Gaining Ground on the way back to the car.

Tuesday 1/25: Nothing but geese east of Watertown Square, the usual ducks and land birds near the dam.

Thursday 1/13: Quick check of Norumbega had a couple Gadwall but nothing else. Did finally get some geese flying past the yard too.

Friday 1/14: Riverwalk had the expected ducks but no others. Merlin flying through as I started was the best thing.

Sunday 1/16: Eventually warmed up enough for a bit of a walk around Dunback, nothing of note.

Monday 1/17: Afternoon check of the res had 2 eagles and a handful of ducks.

Tuesday 1/18: Barred Owl and eagle at Falzone plus a Hermit Thrush at the West Meadow and a Red-wing at each.

Wednesday 1/5: GW Teal by the foot bridge in Watertown, nothing at Gore.

Thursday 1/6: Yellowthroat was a big surprise at BBN. Also a few Red-wings and a Bufflehead was still around.

Saturday 1/8: Started at Great Meadows. Virginia Rail popped up at the bridge, then a few dabbling ducks flew over including a shoveler. Caught up with the Field Sparrow along the river but that was about it. Kaveski was quiet, a few waxwings at Meriam’s. Looped Nine Acre briefly and had a raven but no geese. Usual stuff on the res in the afternoon.

Sunday 1/9: Quick check of the res was all I managed, Merlin going over was the only thing different.

Wednesday 12/29: Trying to squeeze a couple more ‘commute’ birds in, off to Great Meadows. The Cackling Geese were present and obvious. Lots of Canadas and a few that left me puzzled. One of the White-fronts flew out, but otherwise pretty quiet.

Friday 12/31: Waited for the fog to somewhat clear, then went out to Landham Rd for the Rough-leg. Took half an hour to find it, not sure if it was off or if it was just so far down in a corner that I had missed it at first. Cleared enough by then so I headed to Farm Pond in Sherborn. Barrow’s was the first bird I saw in the scope and added a decent number of other birds for the town (mostly ducks). Drove back through Norfolk county but no turkey still. Stopped at Norumbega for a minute on the way home and had 4 Lesser Scaup.

Saturday 1/1: Had planned on a Scituate/Cohasset area trip but it was foggy again so didn’t really have time. After starting with a cardinal in the yard (unless that was an owl hooting at 4:30), went to Earhart figuring I could head to Belle Isle or similar although ended up not having time for that either. Long-tailed Duck was distant but visible in front of the casino, a raven was my first corvid of the year, and the Black-and-white was still at Gateway Park. Decided Sylvester Baxter next. Chat wasn’t around and it started raining pretty heavily but the Pine Warbler was chipping away and occasionally in the open. Pulled in at the south end of the Mystic Lakes and had a few more passerines but nothing much. Spy Pond was fogged over. Forty species on the day wasn’t bad, and got my new for the month out of the way already.

Sunday 1/2: Concord CBC. Started well in the mist with 20 turkeys, 2 Savannah Sparrows (another January Middlesex bird), and 3 cowbirds at Ricci. Nothing much walking down Hanscom Dr, 45 waxwings at the boardwalk at Hartwell/Brooks, and not much at Tanner’s Brook. With a lack of coverage, I added College Pond this year. Mallard was the only addition to the day list and other than a Winter Wren there was very little else. Swung through Nine Acre on the way home (WF Goose is the fourth month addition).

Monday 1/3: Finally got around to chasing down Norm’s chat. Unfortunately it had been a no-show yesterday but it flew out and then back into its favored hedge pretty quickly. Sapsucker and Winter Wren on the way out too. Res was quiet and nothing different at Hardy either.

Tuesday 1/4: Had to go into Boston so checked Fenway a bit, nothing particularly interesting. Ring-necks at the war memorial were the best.