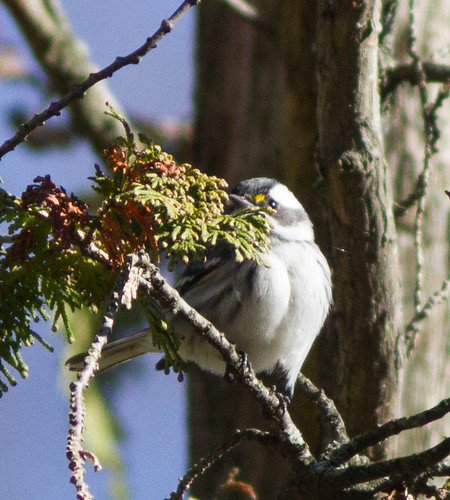 Thanks Bill (and Dave)!

Planned to spend some time Saturday looking for new Bedford birds. Targets were Red-breasted Nuthatch and American Tree Sparrow at Hanscom and then look for ducks at Fawn Lake and along the river. Didn’t find either target at Hanscom and didn’t make it further: 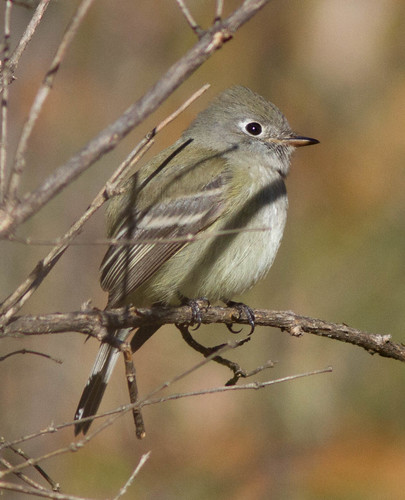 Unfortunately a two hour wonder, fortunately the locals got it and everyone else saw last year’s Fells bird.

Putting a bit of effort into getting a patch list to 200. Which will be first? Beaver Brook/Rock Meadow at 166, Charles at 162, or Cambridge Res at 166? The answer is Great Meadows at 195. However of those 3, it’s a tough call. I suspect the res, mostly because it has the largest number of common birds missing (2 sparrows, 6+ warblers, 2 thrushes, 2 swallows, 2-3 vireos, a couple flycatchers, a couple shorebirds, a few raptors) plus a decent number of somewhat expected rarities (mostly waterfowl and shorebirds). The Charles is about the same but with the cove cleaned up, the potential for shorebirds seems to have gone down. BBN just doesn’t have the habitat for waterbirds and I’ve seen most of the expected land birds.

That leads in to this week. If I wrote this last Monday, the Res list was 162. Two visits to Hobbs Brook (mostly hoping for Cliff and Bank Swallow) added 4 species. Three were somewhat expected: Blue-winged Warbler, Prairie Warbler, and Black-billed Cuckoo (all heard only unfortunately). The fourth was a bit better. Walking back to the car, a Hooded Warbler started singing! Lousy light and lots of trees made photos impossible though. 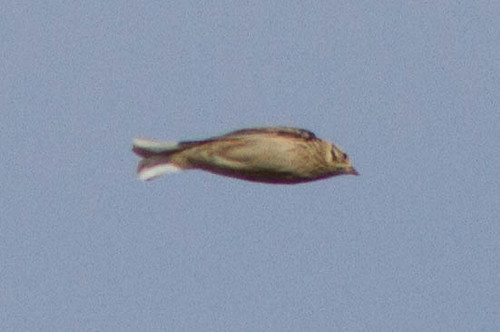 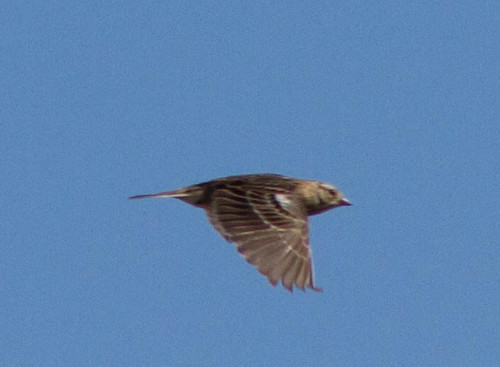 Was nice enough to hang around this year. 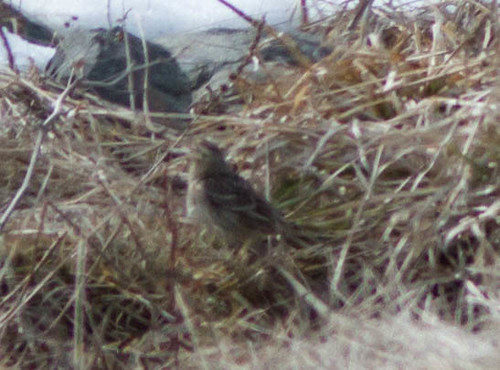 Wasn’t quite nice enough to pose on the ground though (brief scope view wasn’t bad, glad I lugged it).

Side note: last year was good, 6 state birds and 3 lifers by now. 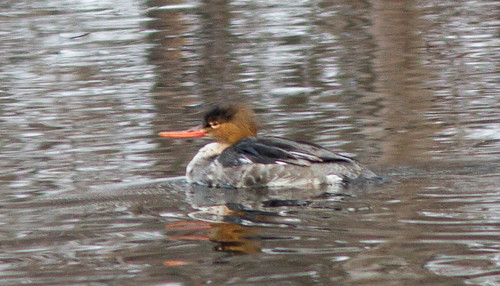 Little over 2 years to get there. At least one life, one state, and one county bird in there plus a decent number of other rarities. How long for 250?

Have to say I was at least partially expecting this yesterday morning at Nine Acre Corner. 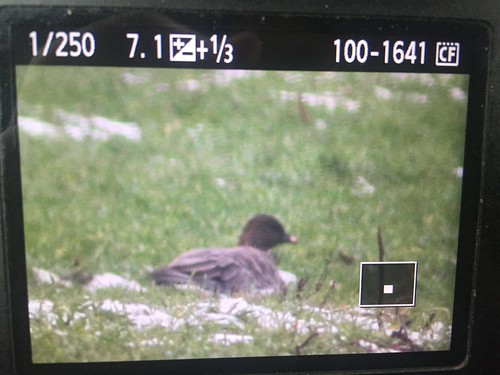 Thought I was going to be satisfied with the warbler along the Charles this morning:

Then this on the res: 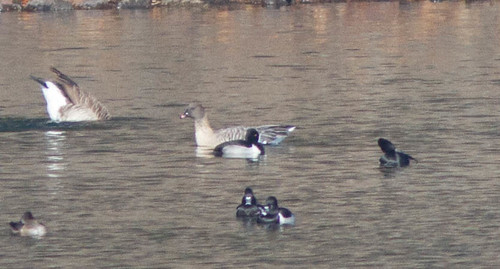 Presuming new in and I didn’t miss it yesterday when the geese were hiding. Thanks Cliff! 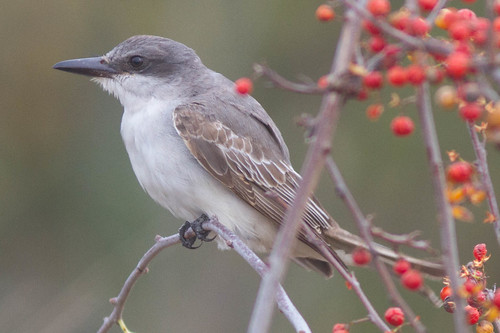 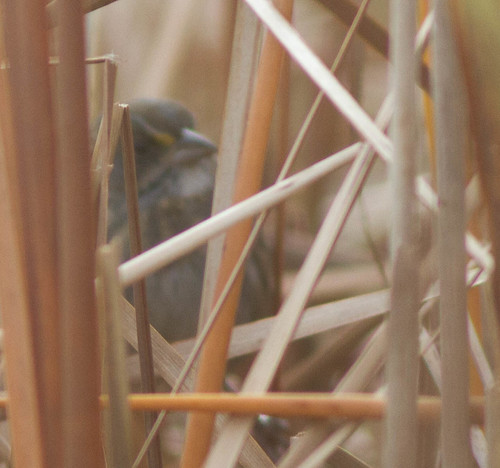 Avoided traffic on the way to work this morning with a bit of a detour. 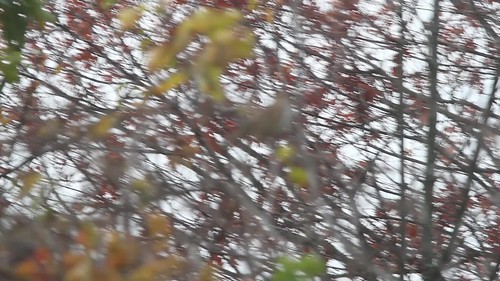 Hopefully a couple more posts like this in the next few days.

Got around to a few flickr uploads, so here’s some recent highlights: 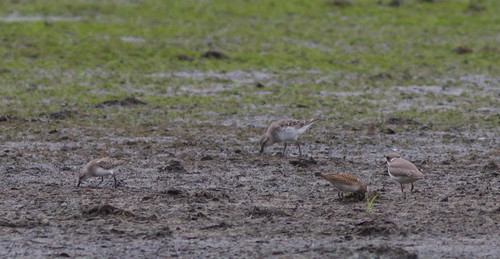 White-rumped Sandpiper and friends, Hobbs Brook (technically not new since this was the 2nd or 3rd of 3-4 this week). 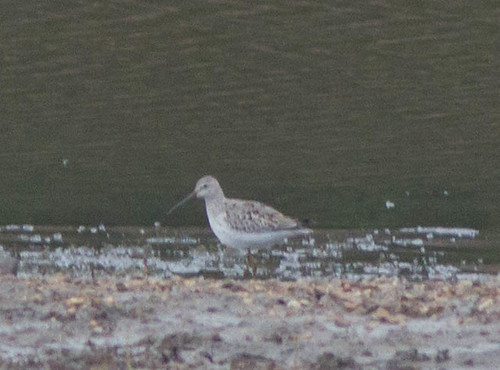 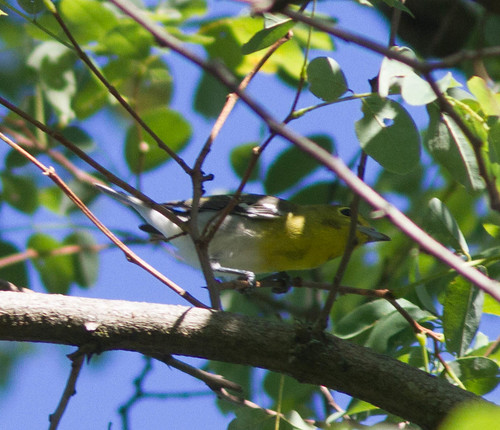