Thursday 9/22: Too dark and eventually rainy to see anything.

Saturday 9/24: Led my first MBC walk in ages at BBN. Best day of the fall although a lot wasn’t really cooperative. Ten species of warblers including Tennessee and Bay-breasted plus a few raptors, 4 GW Teal, etc. Went to Rock Meadow after where I didn’t see the Prothonotary, did add a few more including a tanager. Tried again late afternoon with no luck beyond a White-crowned Sparrow.

Sunday 9/25: Decided to continue with my original plan of the Wayland Community Garden and wait on Rock Meadow. Gardens started good with a male harrier and a Dickcissel at Cow Common. Clouded over and got a bit quiet, but I did get a Blackburnian in the woods (SRV bird!) although a possible Bay-breasted got away. Gardens themselves weren’t terribly active. Decided on a quick check of Heard Pond, which was good with 3 species of swallows and a Ring-neck. Rock Meadow was birdy off and on but no Prothonotary again. No luck with the Orange-crowned either but did have 2 tanagers, a Chestnut-sided, Parula, BT Green, and Nashville plus a mantis.

Monday 9/26: One more try at Rock Meadow. Just about everything from the previous few days was around except for the Prothonotary. Prairie, tanager, Black-and-white, possible Orange-crowned were the highlights.

Tuesday 9/27: Still a few peep and Semipalmated Plovers at Hobbs Brook but nothing better. Walked the hillside a bit but the cloud cover and highway noise made it quite tough.

Wednesday 9/14: Dunback was really quiet, 3 redstarts, a vulture, a grosbeak, and that was about it.

Thursday 9/15: Prairie Warbler, Osprey, 3 Blackpoll, 2+ White-throats, not much else at Danehy.

Friday 9/16: Not much beyond RB Nuthatches at Brewster’s Woods and October Farm.

Saturday 9/17: The annual hawkwatching day. Four loons on Fitchburg Res to start then very little on the hike up. Good Broad-wing day with 850+ along with lots of sharpies, 4 harriers, etc. Ten pipits were nice too.

Sunday 9/18: Missed the chat and no sign of the Golden-winged at Rock Meadow, busy for a bit with oriole, Swainson’s Thrush, a few Purple Finches, etc. Hayden Woods was pretty quiet beyond a BT Blue, Waltham St. was much quieter than last week but did get a Lincoln’s finally.

Tuesday 9/20: Fresh Pond had a few warblers and if I didn’t hit every red light on the way over I would have seen even more of them.

Wednesday 9/7: Redstart and Red-eyed Vireo or two at Cookson, nothing on the Charles. Loon at Flint’s on the way home from the office.

Thursday 9/8: Nothing much at Kaveski or Meriam’s, so bailed and ran out to School St. where the Buff-breasted Sandpipers were just about scopeable from the road (commute #243!), plus the pintail.

Friday 9/9: Philadelphia Vireo and a siskin at Rock Meadow but very little else.

Saturday 9/10: Started at Squantum Point Park. Waterthrush, redstart, FOF Blackpoll about it there. Tide was too high so skipped the marshes and went to Passanageset. Heard a Dickcissel early but couldn’t find it even though it didn’t sound like a flyover. Full loop failed to turn up any turkeys and the shorebirds all got flushed before I got a look. Also FOF Palm or 3, a few Yellows, a Red-shoulder, etc. Eagle at the res but not much else on the way home.

Sunday 9/11: Started at Estabrook where one good flock had 4 Black-and-whites, a couple redstarts, a Magnolia, a Parula, and a Least Flycatcher. Not too much else, Sharpie, gnatcatcher, etc. Went to Foss Farm next, unsurprisingly no Lark Sparrow. Did the full loop through Greenough where a warbler flock was pretty similar to the one at Estabrook. Few Bobolinks and a bunch of RB Nuthatches were the only other things of interest. Decided to squeeze in a stop to Waltham St. on the way home. Started scanning the corn: Dickcissel no wait Bobolink, keep scanning ooh there’s a Dickcissel. Also Nashville and Palm.

Monday 9/12: Moderate number of warblers (decent for this year…) at BBN included a BT Green, Yellow, and Parula. Even though the marsh has filled, there were still a couple peep around plus a GW Teal.

Tuesday 9/13: Hobbs Brook had a few peep and Semipalmated Plovers plus a Greater Yellowlegs. Rain came in by the time I got to the end, so no passerines. Went around the res and to Hardy instead of walking the woods at that point and didn’t see much of anything.

Wednesday 8/31: Nothing at the res. Same shorebirds at Hobbs Brook, potentially including the melanistic yellowlegs Cliff found at BBN last week.

Thursday 9/1: Went to Prospect Hill for the first time in ages, not particularly worth the effort. Veery, Parula, Black-and-white about it.

Friday 9/2: Dunback had a Wilson’s, Parula, several redstarts, couple Veeries, a Wood Thrush, and a woodcock (on the ground!).

Saturday 9/3: Went west a bit. High Ridge WMA was on the quiet side, Merlin, Zabulon Skipper, Red Crossbills the most interesting. Lake Wampanoag Bog didn’t have much for odes, did have a Ruffed Grouse though.

Sunday 9/4: Hobbs Brook had better views of the yellowlegs, a Broad-wing, and an interesting skimmer. Four wigeon at the south end of the res.

Monday 9/5: Nothing at the res. Brief views of the adult Yellow-crowned at Borden, snipe finally at Great Meadows but not much else there. Fewer shorebirds at Hobbs Brook but the yellowlegs was close enough to get decent photos finally. 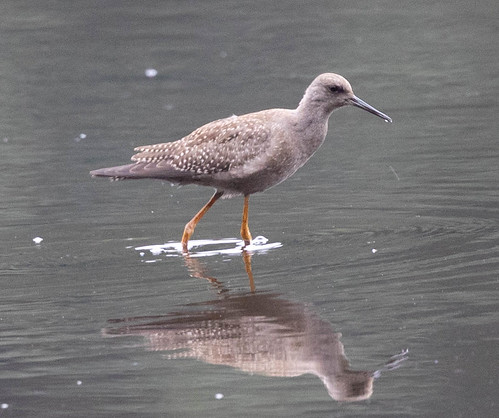 Tuesday 9/6: Didn’t bother much with the rain, nothing in a midafternoon zip around the res. Did look up once while working to see a whole line of Herring Gulls going over.

Wednesday 8/24: BBN had a bunch of redstarts and lots of peep.

Thursday 8/25: Took a bit to convince myself, but the Snowy Egret was out at Great Meadows. Lots around, nothing too exciting beyond a couple Bronzed Tiger Beetles otherwise.

Friday 8/26: Redstarts but not much else at Lone Tree Hill. Lots of peep at the duck ponds.

Saturday 8/27: Started at Lynnfield Marsh where there were lots of shorebirds and a flyover Dickcissel. Continued to Great Meadows.

Sunday 8/28: Started at Millennium and Brook Farm hoping to fill a couple migrant warbler holes on my Suffolk list. Only able to get a Black-and-white though. Decided to not go down to Great Pond after (which seemed to be a good decision) and went to Hobbs Brook instead. Semis, semis, and more semis plus a few yellowlegs.

Monday 8/29: BBN had 3 Great Egrets and a GW Teal. Redstart was the only warbler even with a good bit of effort at the chickadees.

Tuesday 8/30: Didn’t get the Yellow-crowned on the ‘commute’ list, otherwise about the same at Great Meadows, Pileated and Peregrine were nice, as was Swift River Cruiser.

Thursday 8/18: Went to Plum for the first time in years, although I might have bailed had I realized how windy it was. Nothing too exciting, Black Tern and avocet at Stage, LB Dowitcher at Hellcat about it. New toy worked well though, still need to figure out some of the autofocus controls but it’s a ridiculous improvement. Made an afternoon stop at Hobbs Brook, 1 Lesser Yellowlegs, 2 Semipalmated Plover, 20+ Least was it.

Friday 8/19: Redstart, Black-and-white, Canada at BBN plus lots of yellowlegs.

Saturday 8/20: Horn Pond had lots of birds, waterthrush, Least Flycatcher, a few shorebirds, etc. North Res didn’t have any shorebirds but did have 2 Broad-wings and a Great Blue Skimmer. Single nighthawk from the yard in the evening.

Sunday 8/21: Estabrook had the usual stuff, redstarts the only migrants. Ibis and 3 egrets at Elm Brook, Greater Yellowlegs at Hobbs Brook.

Tuesday 8/23: Redstart at Cookson, very little along the Charles.

Wednesday 8/10: Great Meadows was up to 13 egrets and 5 ibis but not too much else. Pulled in at Elm Brook for a few seconds and had a Pec among a flock of Least flying around and 2 more egrets.

Thursday 8/11: Falzone and the West Meadow didn’t have much.

Friday 8/12: White-rump at Hobbs Brook, nothing at the res or Hardy.

Saturday 8/13: Started at Nobscot, BW Warbler, BW Hawk, bunch of hummingbirds about it. Plus a sleeping raccoon. Raymond Reservation next, 3 of the gallinules showed well plus a bunch of shorebirds and raptors. Heard Pond had a Great Egret, nothing too exciting at Heard Farm.

Monday 8/15: Nothing much at Lindentree, marsh wasn’t too accessible and looked pretty dry too.

Tuesday 8/16: Pretty much the same as last time at Weston Station Pond. Few Leasts were new but otherwise not much.

Friday 8/5: Creepers and a raccoon at GMHQ.

Saturday 8/6: West a bit. Single Grasshopper Sparrow cooperated at the soccer field in Shirley. Decent number of other things including 34+ Killdeer. Pond at the end of the street had a couple things, so 7 new birds for Shirley. Sterling Peat next, Little Blue was hiding but just barely visible. Lots of sandpipers at the other end but couldn’t find any Semis so just the one Worcester county bird. Made a quick stop at BBN to see if the ibis were still around but just the same sandpipers.

Sunday 8/7: Hobbs Brook had more of the same shorebirds, juv Solitary was the most interesting. Ode walk at the Cranberry Bog had a Lesser Yellowlegs, Lance-tipped Darner, and the usual common stuff.

Monday 8/8: Redstart at Cookson, 2 Night-Herons and a waterthrush along the river plus 2 otters (video below). 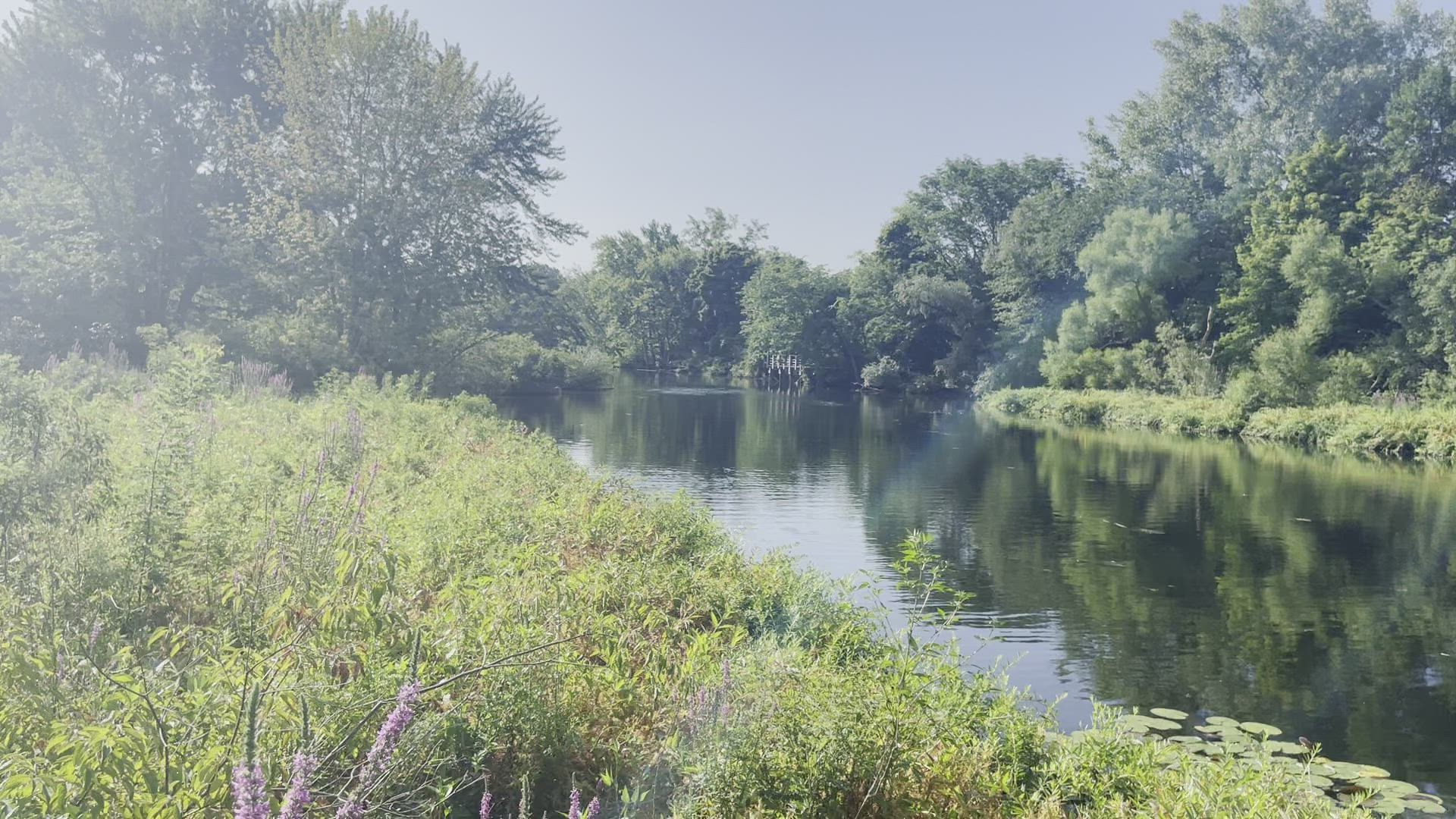 Tuesday 8/9: Water level was up a bit at BBN so only a few shorebirds. Check of Mackerel for passerine migrants failed to find much of anything.

Wednesday 7/27: Usual birds and a Zabulon Skipper at Forest Grove.

Friday 7/29: Nothing at Lone Tree Hill beyond a few ringlets. Duck ponds had Solitaries and a Spotted in a quick check.

Saturday 7/30: GW Teal and ibis plus 9 egrets at Great Meadows, no shorebirds though. Juncos out in Otis later but no time to actually go out and look around. 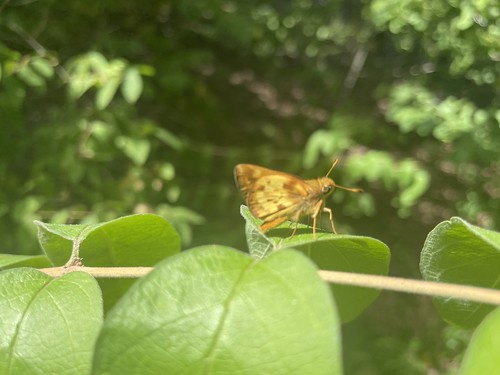 Monday 8/1: Checked conditions at Nine Acre, less mud than I expected. Indigo was the most interesting. Loon at Flint’s on the way home.

Tuesday 8/2: Bunch of Semipalmated Plovers among the shorebirds at Hobbs Brook. Checked Shade St too without anything.

Wednesday 7/20: First in office day in a bit, so went down Pelham Island Rd even if it was too hot. Nothing at the bridge. Finally a valley Indigo at Heard plus lots of Bobolinks, a Cliff Swallow, and a handful of shorebirds.

Thursday 7/21: Hobbs Brook had a Semipalmated Sandpiper along with the usual other stuff.

Friday 7/22: Nothing of note along the Charles in Watertown.

Saturday 7/23: Lesser Yellowlegs was about it at Horn Pond. Checked the North Res in the fells since they’re doing some dam work and it might be low, but it wasn’t low enough. Usual at Blair Pond. No egret visible from the road at Clay Pit, no parking at the duck ponds.

Sunday 7/24: Went to Squantum. Lots of peep, a few Semi Plovers, dowitchers, etc but nothing out of the ordinary. Peregrine flushing most of the flock didn’t help. Squaw Rock Park had a redstart. Stopped at Norumbega on the way home, looked like a flat so I tried the trail down but couldn’t get around the briars too see. Did have a Night-Heron, new for Weston. And then finally checked the Healthpoint pond. Not much maintenance and the side near the building was fenced off but had the expected Comet Darners and Carolina Saddlebags among other things.

Monday 7/25: Lesser Yellowlegs and a few other things at BBN.

Tuesday 7/26: No Pec or teal at Great Meadows but another yellowlegs and 5 egrets.