Wednesday 5/14: Added 3 birds to my Charles list: Ruby-throated Hummingbird, Ovenbird, and a frustrating Yellow-breasted Chat. I chased the chat up and down the edge of Flowed Meadow but never got a look.

Friday 5/16: Started dodging traffic at the Cambridge Res and managed to flush the Horned(?) Grebe that was in close. Socialized at Mt. Auburn for an hour and a half before actually looking for birds (Swainson’s Thrush, Cape May and Bay-breasted about it). Ruddy at Hardy Pond but no luck refinding the grebe in two attempts. Also first of year pewee while looking for (and finally finding) ravens for birdathon.

Sunday 5/18: Started for Rock Meadow but had a flat tire so walked to Lot 1. Canada (which we missed yesterday) and a few other things plus a nice Common Baskettail.

Monday 5/19: Got the tire fixed, so a quick check of Forest Grove was on order. Fairly quiet but Scarlet Tanager and Tennessee Warbler were nice. Since I was halfway to Nahanton, I decided the Prothonotary was worth a stop. Heard it singing across the river pretty quickly once I got down there but it took a few minutes to come back and then played hard to see (blaring away in the bush next to me and I only saw it after it moved further away). 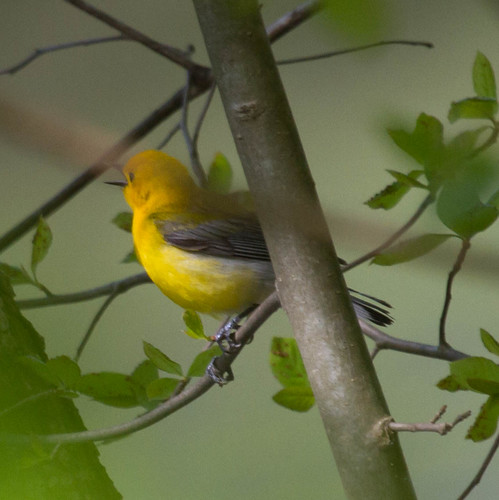 Tuesday 5/20: Additional stuff at Plum included several Blackburnians and Bay-breasteds, a good number of other shorebirds, and some Brant. Never made it to the beaches though. Checked Hamlin Reserve for the White-faced Ibis after, only found 40 Glossies and another Blackburnian.