Thursday 8/27: Nashville and not much else at Dunback.

Friday 8/28: Decided not to bother with the camera today. That sounds familiar. Returned after work but the Lark Sparrow wasn’t around. Did pick up a bunch of things I didn’t see in the morning including a nighthawk, redstart, and a Pine Warbler in the middle of the ball fields.

Saturday 8/29: Went back out to Ashby. Got a Canada Darner finally and some obvious Variables (unlike last time). Lots of warblers around, probably 12 species including an early Blackpoll and 2 Cape Mays. Stop at the Nashua on the way home was fairly quiet (couldn’t net any Stylurus) but a large flock of Hooded Mergansers was interesting. 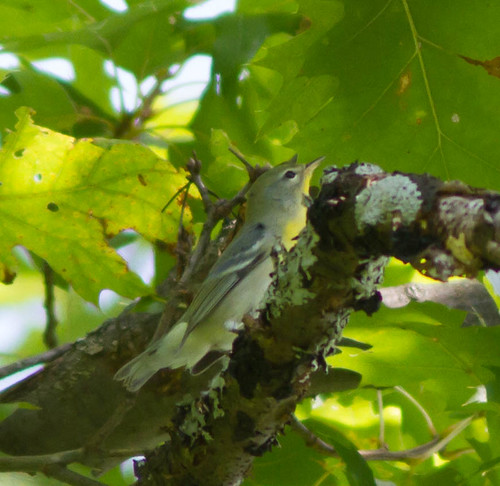 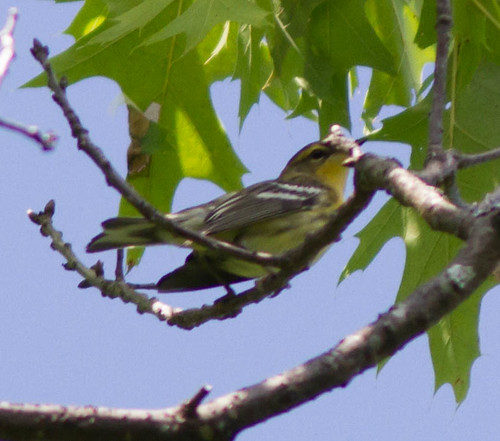 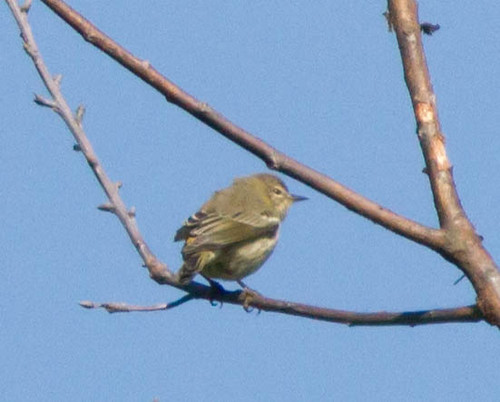 Sunday 8/30: Joined the MBC walk at Horn Pond. Nothing too exciting, a handful of warblers, an oriole or two, lots of vireos. Stopped at Hobbs Brook on the way home. Ovenbird was new for the res area (148) and warbler #15 for the weekend. Greater Yellowlegs was still around and way, way out I found a Pec (finally) and Lesser Yellowlegs.

Monday 8/31: Dunback had 3 tanagers (with a bunch of other birds flycatching right at the entrance), a Tennessee (warbler #20 of the fall, not necessarily all migrants yet) among a couple other warblers, and 2 deer.

Tuesday 9/1: BBN had a Nashville, Chestnut-sided, a few Redstarts, and a Black-and-white. And what had to be a Yellow-bellied Flycatcher for half a second. Heading to work, an Osprey over 128 at 30 was my first on the Charles in a couple years.