Shots of the presumed Macaronesian Shearwater (Puffinus baroli) from the BBC Pelagic trip Aug. 25, 2007. I’ll admit I barely looked at the bird. When it was first called as a Manx, I looked at the size of the crowd and decided to stay away and look for other birds. When the ‘this bird is very interesting’ call came over the loudspeaker, I fought my way in a bit and spent most of my time with the camera and not really studying the bird. I was towards the back of the crowd, not trying to push through, and frequently missed shots because someone ended up in front of the camera.

Plenty of other people were taking photos, they’re all being compiled onto one web page, which I’ll link to when it’s publicly announced.

Things to note in the photos: 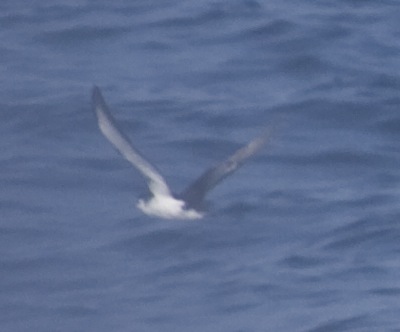 Note that someone started to move in front of me on the above shot, which explains the softness. 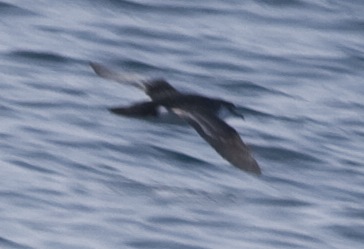 Two versions of the following two shots, the second of each has been brightened somewhat (these appeared too dark on a couple CRT’s that I checked but look good on LCD’s) 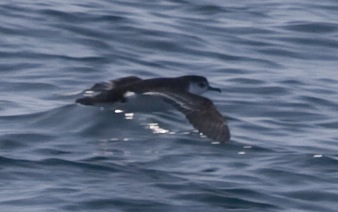 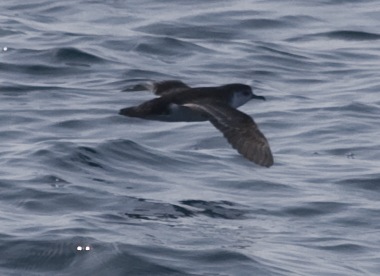 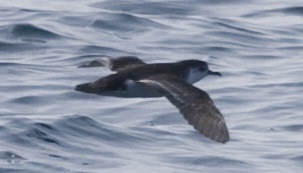 These next two shots were taken as the bird went near the sun, and are heavily backlit. 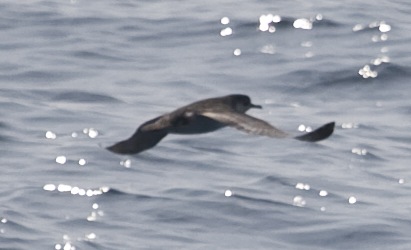 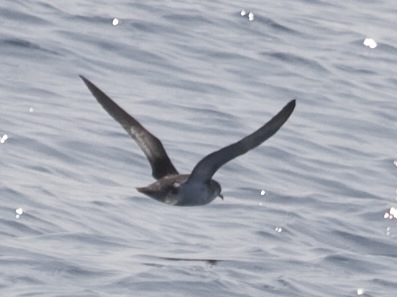 Besides the plumage characteristics, I’m struck by the shape of the head. Here’s a comparison of a Manx, an Audubon’s, and the above bird. The Manx was sitting on the water and does have its head turned slightly. The Audubon’s and Macaronesian are both in flight (Macaronesian has been blown up to 200%). The angle of the head meeting the bill seems to be tighter on the Macaronesian and the head has a very different peak. Is this a real difference or just an artifact of these few photos?