On Saturday I headed west hoping for a few new dragonflies for the year (and for my county list). First stop was the Nashua River in Shirley, which is a good spot for Arrow and Zebra Clubtails (not that I’ve seen them yet). A few things flying around when I arrived proved to be mostly Illinois River Cruisers with a Black-shouldered Spinyleg or two, both new for the year. Unfortunately after maybe 15 minutes of wading around, it clouded up and activity dropped. I checked the radar, saw one little spot over where I was heading but figured it would clear by then, so off towards Ashby I went. 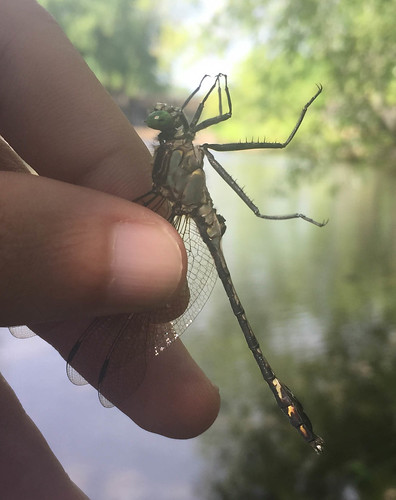 Arriving at Bennett Rd, it was still mostly cloudy. The walk in was quiet with just a few meadowhawks and a couple sprites at the wet spot. Starting up Watatic, I had a couple darners fly by. Setting up at the bigger field, I quickly had a Black-tipped in hand. 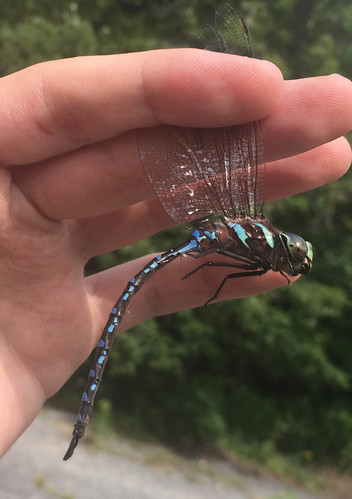 Good numbers of those flying around and one Shadow Darner by the beaver pond. A few Somatochloras joined in but stayed too high.

With the sun now out, I decided to follow the trail a ways up the mountain. Lots of darners but a few in hand and a few perched all were Black-tipped. Finally, a slightly different looking one perched. It was in a pine and fairly obscured for photos, so I took a careful swing and had it in hand. 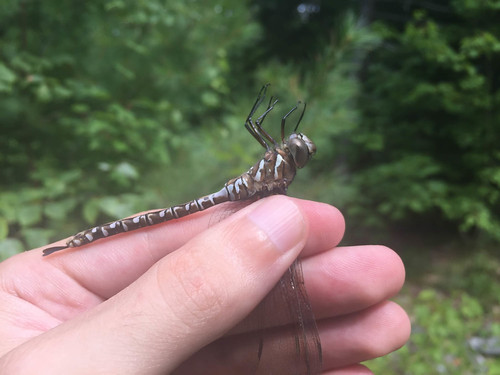 Interesting stripe pattern and a dark line on the face. I pulled out the book and compared a bit but wasn’t confident in any of the options other than it was something different and very good for the county. I eventually put her back on a tree and got a couple more shots including a clear view of the genitalia. 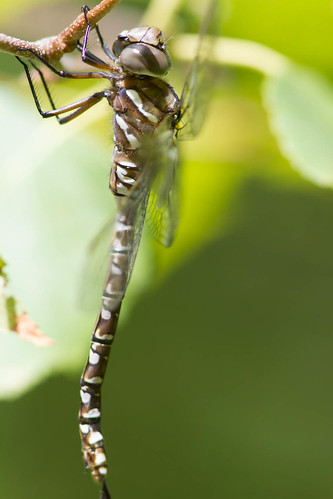 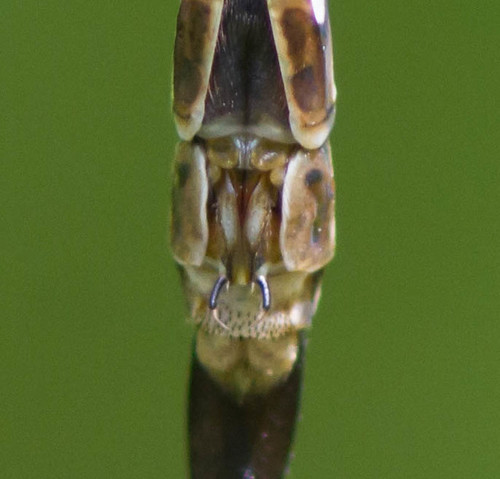 I continued up the trail a bit, eventually getting (and losing) a Clamp-tipped Emerald. Deciding to head back down, another emerald landed for full frame photos.

Other high flying emeralds looked more interesting, but high flying was the key. Back at the water, there were a few bluets. I chased one around and eventually caught it, finding it to be Hagen’s, which was new for me in the county. Also good numbers of Azure Bluets, none of which posed particularly well (and none of the Hagen’s ever settled down at all). 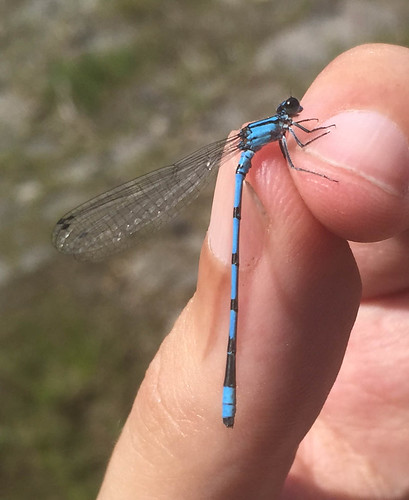 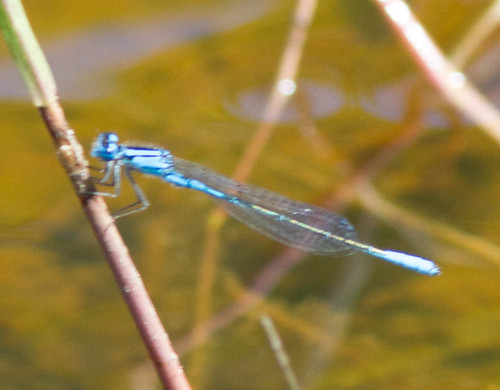 Back at the car, I posted one darner photo the the NE Odes facebook group, then headed for Townsend State Forest. A mating pair of Sweetflag Spreadwings was nice (and made ID much easier). Working my way around to the big pond, I found a few Frosted Whitefaces and a probable Canada Darner, but it clouded up and then started raining heavily. A check of the radar looked like it wasn’t going to stop quickly, so I headed home instead of Bertozzi or the Nashua again.

Back home, discussion of the darner had picked up, centering on Lake and Variable. I checked the manual, misread the diagram and threw Subarctic out. Fortunately, Jason Lambert was strongly in the Variable camp and was able to get a female the next day to show how I misread the genitalia. So, not the first in state in years find I was hoping for but still a new record for the county.