Sandwiched between Brown Creeper and Gadwall on my Suffolk county list: 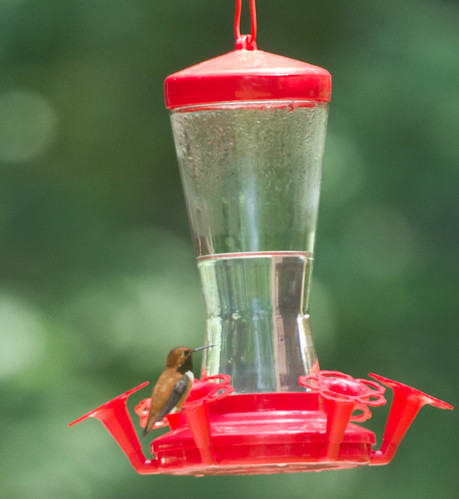 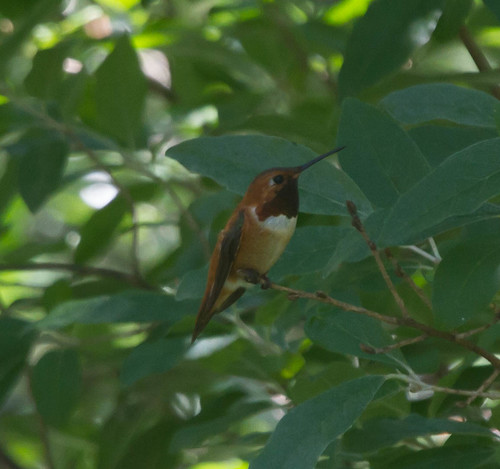 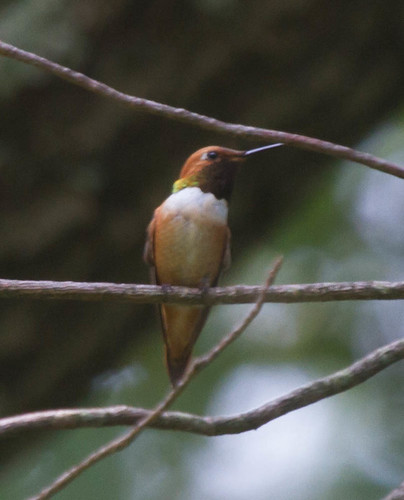 Just avoided going a year without a life bird. 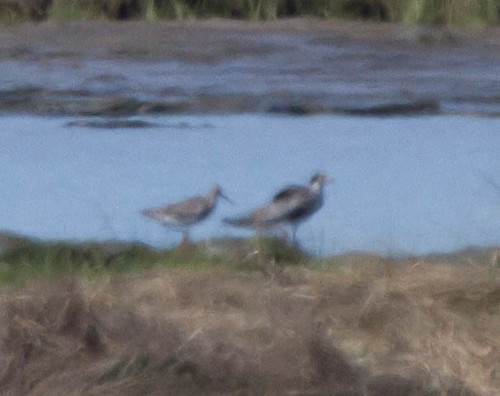 Back to the Arlington Res today in equally lousy conditions (sunnier but much colder). Haven’t rushed around like this for a bird in a couple years. The one standing at the back center does look a bit different but I’m sure 99% of us would have gone right past it. Another perfectly timed chase. Got there 15 minutes before this Pacific Loon took off.

And here it goes: Easy chase Monday made better when a second was found 15 minutes away. Both distant and I didn’t get the flight views I wanted but no complaints.

Which photo was taken with the phone and scope and which came from the dslr?

Last night I did my usual routine after dinner: turned off phone, took off shoes, took off socks, and picked up laptop. I was debating if it was hot enough to lose my pants as well when I noticed that Echofon (twitter client) was showing activity even though I had just checked. That generally means someone has been spamming the BBC account. Sure enough, I switched over and saw a new mention. However, not spam: @jryandoherty: @bbcbirds  Black-bellied whistling duck @ great meadows concord!

After whacking the retweet button, I realized it was still a little before 8 and fairly light out. A quick check confirmed that sunset wasn’t for another half hour or so. Grab socks, put on shoes, and run out the door (suddenly glad that I’ve been too lazy to take the scope out of the car). No traffic and green lights meant I made it in 15 minutes.

I started down the path and at the bridge I heard an odd whistle. It took a second time but then it clicked that it would be the duck. A quick scan of the water didn’t turn it up and I could see people further down so I kept walking. Another couple feet and it called again. This time I scanned the air and found it in flight. Nice looks as it circled a couple times before dropping into the far corner.

I made my way down to the group, thanked Ryan, and said hello to Bob, Martha, Ryan, and Jeff. Turns out that the bird had been sitting right on the edge (as seen in Ryan’s photos). That would have been nice, but a couple minutes later and I would have seen nothing so I won’t complain.

Eventually Simon joined the crowd and we moved to the new platform hoping the extra couple feet in height would be enough. It wasn’t, but the duck eventually called and then flew off (barely showing enough for the late arrivals). I attempted some phone video but since I can’t see or hear the bird it’s not being posted.

With the duck gone and the mosquitoes coming out, we headed off. Definitely a good night. Not the most cooperative subject, especially since I couldn’t figure out how to set the 7D’s focus to use a single point, which meant lots of branches in front being the target.