Wednesday 9/3: Started at Mary Cummings Park. Quiet for most of the time, but eventually got one flock that included 3 species of vireos (Yellow-throated being the good one) along with a Nashville, BT Green, and Magnolia. Zabulon Skipper too. Very quick check of Arlington Res (high water) and Hobbs Brook (fewer shorebirds) before a loop of the duck ponds. One Canada Warbler and a Monarch was about it for there.

Thursday 9/4: Went to Plum with Bob. We missed Buff-breasted, Baird’s, and Western Sandpipers along with American Golden-Plover plus got stumped by the one interesting warbler. Did have some first of fall ducks, Red Knot, and a few other things. Quiet at Hobbs Brook.

Saturday 9/6: Went to Prospect Hill before remembering the road was closed for a race and it was too hot to hike up, so around the res and then to Hobbs Brook, where there was nothing new. Continued on to Barrett’s Mill Farm, where there was a Monarch and not much else.

Monday 9/8: Started at Prospect Hill. Totally dead, spished up a couple Black-and-whites in the first flock and had nothing else all the way down the hill. Did get first of fall Palm Warbler on the way back but that was it. Instead of continuing to the other side, I headed to Great Meadows. Also fairly dead but a Lesser Yellowlegs and flyover Wilson’s Snipe made it worthwhile. Quick check of Hobbs Brook had a few more birds but nothing exciting. 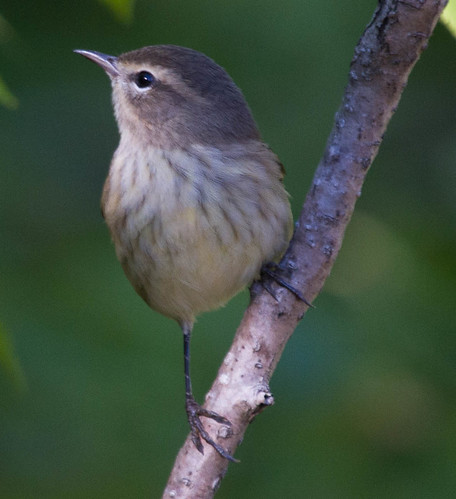 Check out the middle toe.

Tuesday 9/9: BBN was fairly quiet, although a Broad-wing was nice and Parula and Blackpoll were new for the fall (and made up 3 of 4 warbler individuals). Finally found something new at Hobbs Brook with a Pectoral Sandpiper. Also had 2-3 (or more) ravens soaring way off and a decent raptor show.