Thursday 9/11: Rock Meadow was dead (although I apparently missed a Clay-colored in the gardens), as was McClennen. Semipalmated Plover and 2 Green-winged Teal were new at Hobbs Brook and a Pied-billed Grebe was at Hardy.

Friday 9/12: Tennessee Warbler and a potential Philadelphia Vireo at BBN. Nothing at all at Hobbs Brook.

Saturday 9/13: Dunback was pretty quiet, a couple Blackpolls, 1 Chestnut-sided, and an interesting Catharus up high in poor light. Afternoon not birding in Westport, but a continuous flow of Ospreys was nice.

Sunday 9/14: Started in Wayland. Tennessee Warbler was about it from the community gardens (nice to catch up with Glenn though), hundred or so Rough-winged Swallows at Heard Pond. Cambridge Res was quiet and shorebirds at Hobbs Brook were limited to 1 Killdeer and 1 Pectoral. At least 6 Green-winged Teal mixed in though. 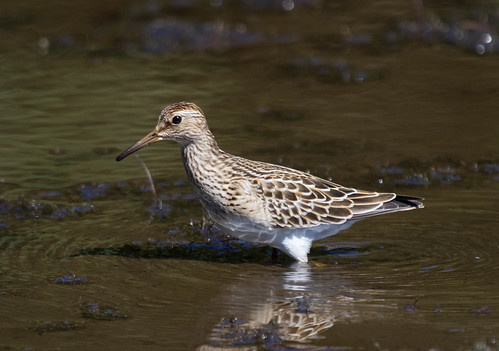 Monday 9/15: First Blue-headed Vireo of the fall at Prospect Hill plus a Magnolia, Black-and-white, Pine, and a few Blackpolls.

Tuesday 9/16: Early run to the West Meadow had a Marsh Wren, Magnolia, and a nice adult Cooper’s. Great Meadows in the afternoon had a Monarch, 4 pintail, a Blue-winged Teal (finally), a Green-winged Teal, lots of Wood Ducks, a few Lesser Yellowlegs, and a Pectoral Sandpiper.