Wednesday 12/23: Last day of work for the year, so I was trying to squeeze a couple more birds onto the commute list. Figured Arlington Res would be the best shot but no luck with either shoveler or the Clay-colored. The Palm Warbler cooperated, which was nice (and new for December). 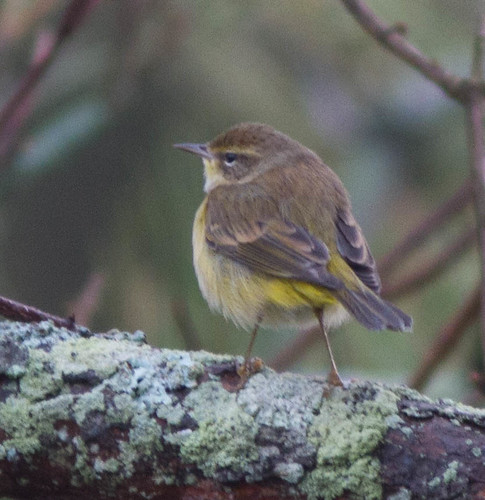 Thursday 12/24: Tried for the Mountain Bluebird finally. Didn’t expect 30mph winds, which made birding at Crane just short of impossible. The one bluebird that flew by disappeared. Also tried the Audubon sanctuary nearby (nothing) and then went to Fairhaven, where is was slightly less windy but cloudier. Merlin was nice but nothing else of interest. Went to Great Meadows for sunset, over 800 geese and a couple pintail but nothing else noteworthy.

Friday 12/25: Wandered to the Acton Arboretum to look for the Chestnut-sided Warbler photographed yesterday. No luck but a few of the moderately common stuff was new for my Acton list. Buzzed School St (nothing) and Knox Trail (3 Killdeer continuing) on the way to the res. The duck flock was in moderately close and in really good light, so I could through the scaup and all the other stuff. Looked outside later and there was a grackle on the feeder.

Saturday 12/26: Started at Dunback. Quiet to start, but out Bacon St. I heard the towhee, then 2 grackles, 2 ravens, and a Ruby-crowned Kinglet in fairly quick succession. Did a full loop and added 2 Rusties off Blossomcrest. Stopped at the duck ponds (still need black duck for the patch yearlist) and had a nice adult sapsucker.

Sunday 12/27: Chased the 3 Redheads ebirded yesterday at Cambridge Res and found a 4th with them (plus all the other stuff). Continued to the Earhart Dam, which was dead, and then went to Winthrop. Ocean didn’t look too exciting, so headed to Belle isle for the Little Blue. Found that at the furthest point possible and ran into Karsten. We walked the rest of the loop. I picked up a chip I couldn’t place right as we got back to the parking lot. Chasing it down to the entrance, we finally coaxed it into sight and it turned out to be a Pine Warbler, which surprisingly appears to be a first for the reservation. Pulled in very quickly at Assembly Square on the way home and finally got a Red-breasted Merganser for the county yearlist but didn’t see parking close enough to stop for the Redheads. 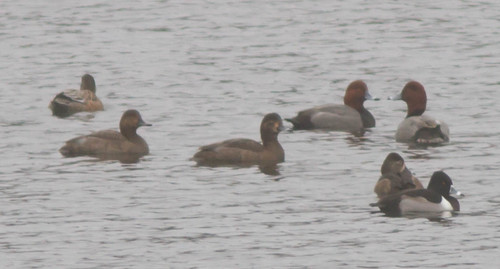 Monday 12/28: Rather cold and windy. Tried Mt. Auburn, found next to nothing, ran down Norumbega without anything but Mallards, geese, and Ring-billed Gulls. Got home, looked at email, saw Ash-throated Danehy, was out the door again. Got stuck in a bit of traffic, but ran into Sam almost immdiately. He wasn’t on the bird, so we wandered around a bit and eventually refound it back near the original spot. Four minutes later, it vanished and that was the last anyone saw of it. 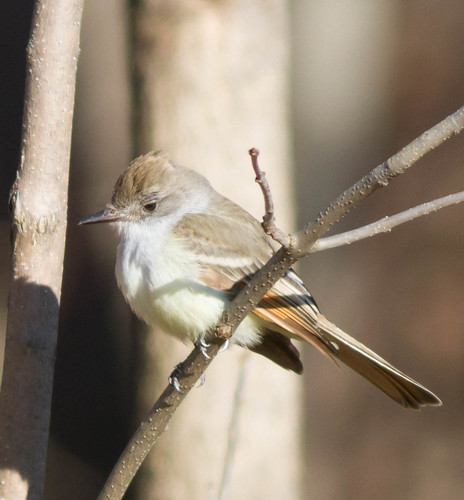 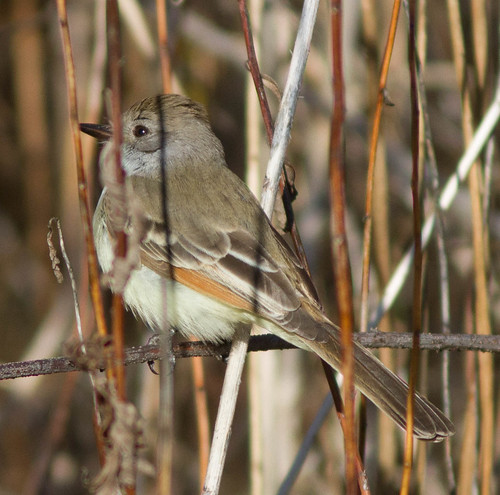