Wednesday 9/29: Cookson had a Swainson’s Thrush, BH Vireo, and BT Green plus a junco. Gore had nothing much beyond a possible sapsucker.

Thursday 9/30: Lot at Danehy but not too much of interest. Sapsucker, Lincoln’s, Peregrine, etc.

Friday 10/1: Did a loop at Great Meadows hoping for a Nelson’s. No luck with that or much else but a decent way to start the month.

Saturday 10/2: Planned a loop of Kaveski and Meriam’s to start. Started well with 30+ species just along Shadyside including a Lincoln’s, some pipits, and a Nashville. Turkeys in the field at Kaveski, a Swainson’s Thrush by the stream crossing, and more in the back fields. Took a few hours to search those(…) so I skipped Meriam’s and my planned Sudbury swing and just hit Waltham St. A Clay-colored was as obvious as they get but not too much else. Eagle over on the way home. 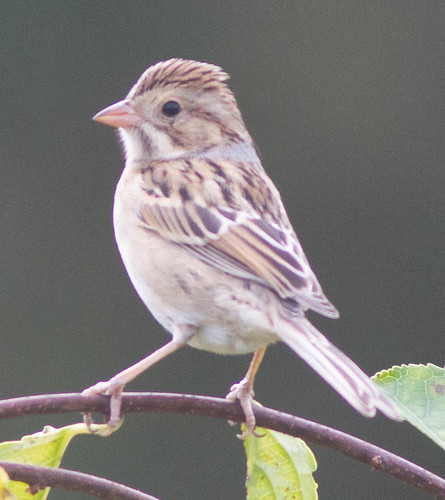 Sunday 10/3: Started at the Ricci fields where there were lots of sparrows and 3 kestrels. No birds obvious on Flint’s, so I went to Round Hill. Plenty of sparrows in the gardens including a White-crowned. Went through the woods to the Pantry Brook overlook and had an Ovenbird on the way (month bird!). Decided to check the res instead of the hill or Great Meadows headquarters which wasn’t worth it.

Tuesday 10/5: Got the Golden-Plover I was hoping for at Great Meadows plus a Semipalmated too. Also wigeon, PB Grebe, more coots.