Wednesday 9/22: Rock Meadow, no Clay-colored or Dickcissel but a bunch of White-throats and Red-eyed Vireos, a late hummingbird, a Nashville, a Lincoln’s, etc.

Thursday 9/23: Had to get some car work, so stopped at Mary Cummings first. Lincoln’s, couple ravens, BH Vireo, BT Green, not too much else.

Friday 9/24: Great Meadows was a waste beyond the coots.

Saturday 9/25: Not a ton at Heard Farm, couple Wayland year birds plus a Pileated or two and a Great Egret. Nothing at all on Heard Pond. Geese, cormorants, swans, and Mallards were it on the res.

Sunday 9/26: Started with a quick check of the res since it rained overnight, but nothing different. Squantum next. Squaw Rock started very quiet (clouds were still clearing). Eventually had a few parulas and Blackpolls but not much else and nothing on the water. Squantum Point Park next, also quiet. Finally got directions to the better spot for the Night-Herons on the way out (thanks Jeff!). No luck with those but a Red-shoulder was nice and poking around I found a bunch of forktails that included county record Rambur’s and more Citrine than I’ve seen before! Quick check of Commander Shea had a Hooded Merganser but not much else. 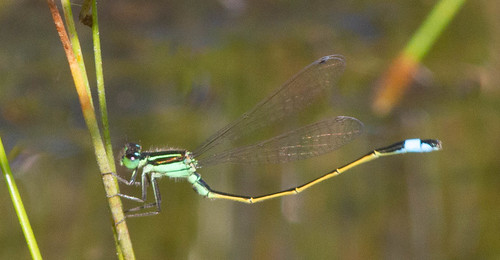 Monday 9/27: Quieter than I hoped at BBN. Lots of Yellow-rumps, a few Blackpolls, couple Parula, the BW Teal, and that was about it.

Tuesday 9/28: Decent shorebird show at Arlington Res although I couldn’t get the Pec I wanted for the commute. Both teal, first of fall Rusty Blackbird, as well and a Yellow-billed Cuckoo at the back of the farm was a new one for me there.