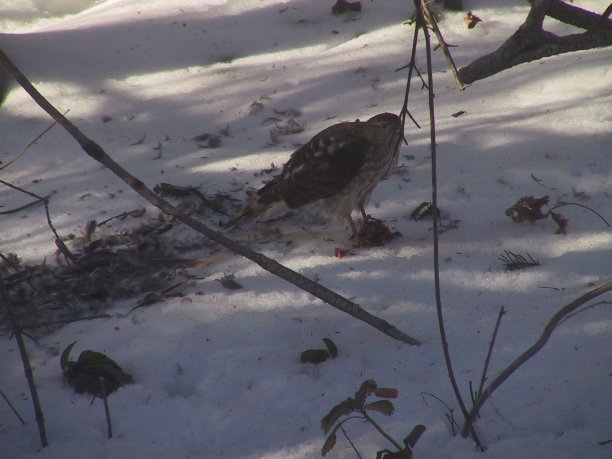 Unfortunately the dove was just about finished when I got home. Every last bit of meat was plucked off. After the hawk left, we walked over and looked around and could barely find a trace other than the feathers.

Watching the hawk as it finished was quite interesting. Working on the last piece appeared to be difficult. The bird was having trouble holding it down to rip off the meat and kept pulling it up from under its other foot. Eventually, it moved to a branch where it was able to hold it down. After finishing, it spent quite a while wiping its bill on the branches, before shaking off a few times and taking off.