After a mediocre BBC walk at Mt. Auburn yesterday, I decided to swing over to Nahanton and finally catch up with the Yellow-throated Warbler. Took an hour and a half but I got brief, but good views (and a bit of song). 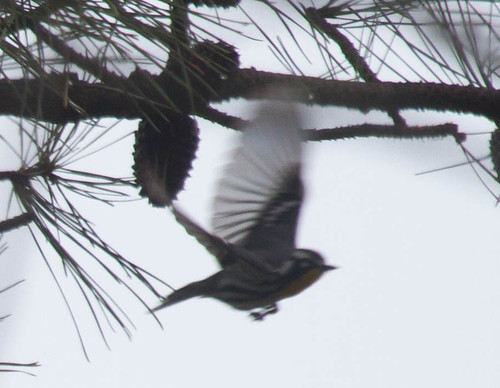 Had to get home after that, but after the grebe/Long-tailed Duck show on the res yesterday, I figured it was worth a quick check. I started by doubling back almost immediately to check some ducks before West St. that turned out to be Ring-necks. I had to double back again almost immediately as some dark blobs popped up as I started off again by Sylvan Rd. Those turned out to be 2 Horned Grebes and if I was patient I might have had some really good photos. 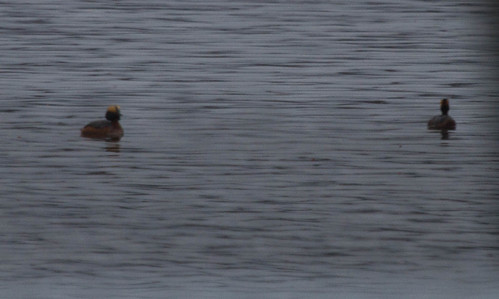 Around the bend there were two more blobs way out. Scoping, they had paler cheeks and I eventually realized Red-necked Grebes. 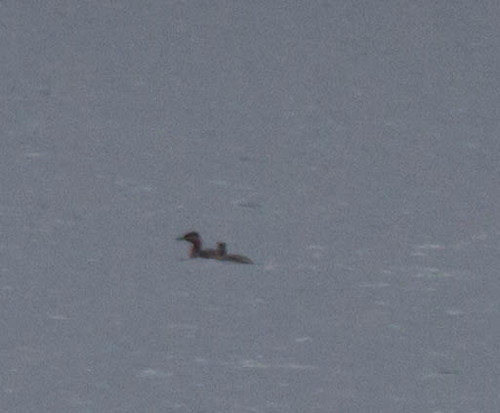 There were also a huge number of cormorants out by 128, haven’t gotten around to counting yet but somewhere between 100 and 200 easily (and many were already flying off).

I continued along, stopping at every opening or two for a quick scan. Most of the way down, I noticed a bird in flight. Actions looked a bit odd for a gull and the bit of pattern I could see wasn’t quite right. Two cars were passing me right then, so I had to wait a couple seconds to hop out and couldn’t refind it.

Fortunately, it came back and I confirmed the black cap, big black wedge on the wings, and huge size for a Caspian Tern. It then vanished again and took another few minutes before I was able to snap some lousy photos. 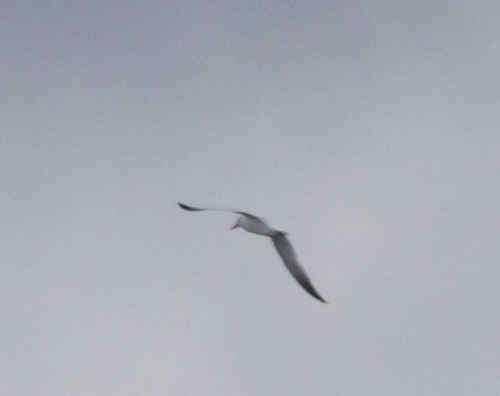 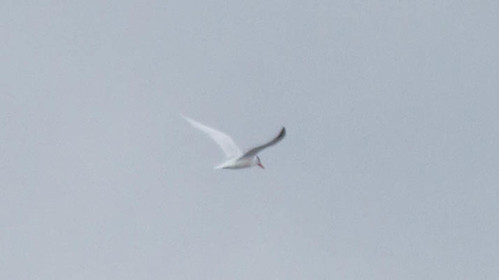 At this point, the phone came out. Not too surprisingly, Marj had just been there. She hadn’t seen it though. She (and Erik, who I knew was in the area) were there within 10 minutes but we never saw the bird again (whether it was just hiding, in a different corner of the res, or long gone I don’t know).

So that’s tern species #4 for Waltham! Arctic, Forster’s, or Sooty next?