Wednesday 5/16: Nobscot was fairly slow, FOY hummer finally along with a Tennessee and a few other warblers but not much else.

Thursday 5/17: Too birdy at BBN, needed another two hours as I only covered the parkway and down to the cemetery. Sixteen warblers, Bobolinks, another YT Vireo, etc for 50 species (first time in ages I’ve hit that on the way to work).

Friday 5/18: Rock Meadow had a flyover loon, a Broad-wing, a few warblers, etc. A few minutes at the duck ponds added a Cape May among others.

Saturday 5/19: Supposed to be crappy but woke up to sun. Nothing exciting at Hobbs Brook. Foss Farm had FOY baskettails (finally) but no birds of interest. Quick stop at the river crossing had a parula. Still semi-nice but went to Great Meadows anyway. Did get Swainson’s Thrush (#196 there) but no storm birds. Mid-afternoon loop of the res in the rain had lots of swallows but no hoped-for terns. Magnolia in the yard in the morning, turkey in the evening.

Sunday 5/20: Initial plan was to check Great Meadows for storm-related stuff but decided to swing around the res first. Nothing much there but a ton of song as I reached Trapelo. Combining that with the clearing sky, and I decided to skip GM and head straight to the Heald St. Orchard in Pepperell. Wasn’t totally hopping but 6+ Tennessee, 2 Bay-breasted, 2 Broad-wings, and a Yellow-bellied Flycatcher made it worthwhile. Realized that the Golden-wings in NH were only 20 minutes away, so headed that way next. Stopped at a random wetland on the way as I had rolled down the windows and a Louisiana Waterthrush was singing loudly. Added a few more things before reaching the NH site. Took a good bit of effort but eventually did see one. Not totally thrilled as it had pretty distinct, whitish wing bars and a hint of yellow under the throat, but not sure how much better they get locally*. Also a Blue-winged, YB Cuckoo, and some commoner stuff that I still needed for NH and an interesting warbler song that sounded like a BT Blue singing a BT Green song. 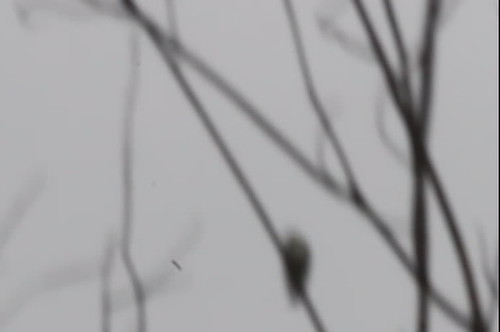 Stopped at Brooks on the way home in case Marj’s Kentucky was still singing. Once the rain stopped, I found out it wasn’t but had another YB Flycatcher, so worth the effort.

*I scrolled through a few hundred Macaulay library images and could pick every one of this bird out from the thumbnails with very few false positives (and all of those were from Maine or Vermont).

Monday 5/21: BBN had Alder Flycatcher, Bay-breasted, Canada, and Tennessee Warblers, and more of the usual (51!).

Tuesday 5/22: Tried Cutler Lake to fill a few Norfolk gaps (which includes most warblers). Not overly successful, got 6 to hit 149). Tennessee Warbler was the most interesting (and a Bank Swallow).