Wednesday 5/30: First Habitat survey of the season was fairly quiet. Ran to Horn Pond after work but couldn’t find the Cattle Egret.

Saturday 6/2: Ode walk at the Cranberry Bog. Worked my way over via the Great Meadows Billerica trails (nothing exciting) and then Fawn Lake (presumed Spatterdock Darner, Lilypad Clubtail, etc). Decent at the bog although I would have liked to have seen the Arrowhead Spiketail.

Sunday 6/3: Nothing of note at Hayden Woods then a bunch of us went out to the ABNC walk in Royalston. Dave found us the Ebony Boghaunters we were all after and we had some other good stuff too (Arctic Skippers, sapsuckers working on a nest, etc). We continued for another couple stops that were a bit quieter but still had stuff of interest. Waiting on pictures but pretty sure I caught a Uhler’s Sundragon, which would be my second most wanted ode for the state (after the boghaunter).

Monday 6/4: Nothing in drizzle at Great Meadows and even less when it started pouring on my way back out.

Tuesday 6/5: Orange-variant House Finch was the most exciting thing between Codman and Farm Meadow. 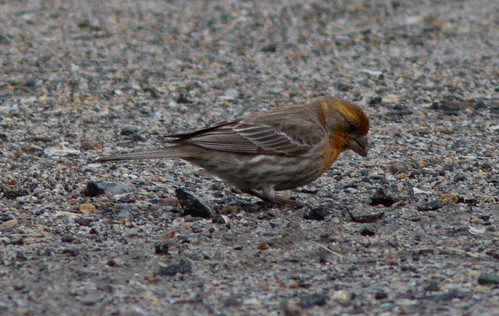