Wednesday 10/24: Pretty quiet at Great Meadows. Flyover sandpiper with 4 yellowlegs would have been the most interesting if I got beyond sandpiper.

Thursday 10/25: Dunback was loaded, mostly robins and common sparrows but did have first of fall American Tree among them.

Saturday 10/27: Pond loop. PB Grebe at the res, goldeneye and maybe some interesting mergansers at Flint’s. Nothing at Spy Pond or the Mystic Lakes. Rain lightened a bit so went to Draw Seven. Snow Bunting was first thing out of the car, RB Merg, not too much else. 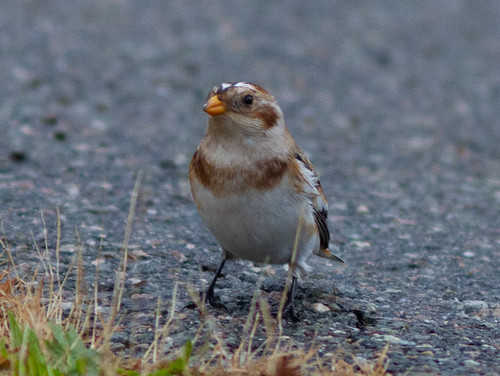 Sunday 10/28: Started with an empty res, then a near-empty Flint’s (loon in close but that was about it). Out to School St, which was busy although the geese were in a bad spot. RB Nuthatch near the stream was new for the site. Next up was the Cranberry Bog. Lack of time out that way this season meant 6 new birds for Carlisle but since they included junco and White-throat, it wasn’t terribly exciting. After a brief stop at home, went to Habitat to chase the Summer Tanager found this morning. Once I got the Meadow right, it was putting on a decent show. Also first local siskins, 2 Winter Wrens, and what was probably a Fox Sparrow. Did a Clay Pit (gulls and cormorants), Fresh Pond (Ruddy, lots of Ring-necks in the cove), and duck ponds (Yellow-rumps) loop on the way home. 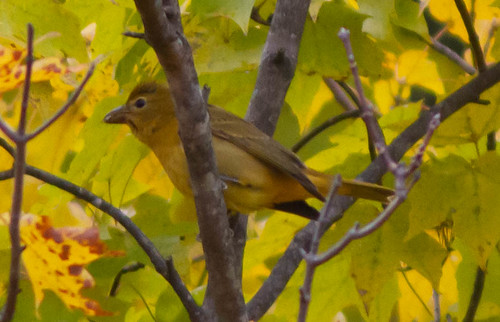 Monday 10/29: Got soaked trying the West Meadow. Lot of Purple Finches over.

Tuesday 10/30: Old 27 Bridge again. Slower than last week but not bad, although nothing terribly differnet.